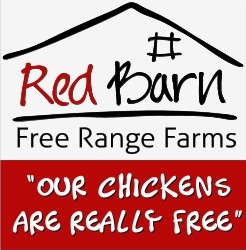 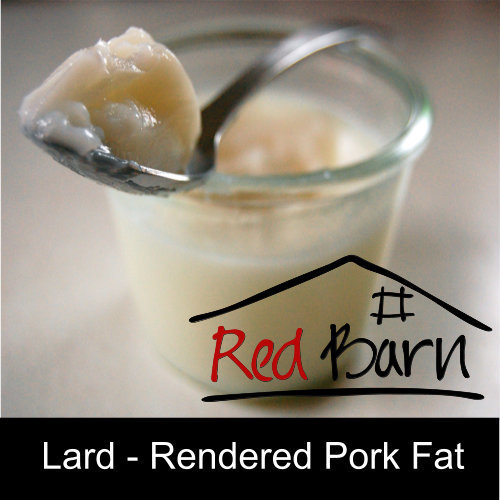 Our Lard is made right here at Red Barn! From totally free range pigs!

Lard is pig fat in both its rendered and unrendered forms. It is obtained from any part of the pig where there is a high proportion of adipose tissue. It can be rendered by steaming it or boiling it in water and then separating the insoluble fat from the water, or by the use of dry heat. It is a semi-soft white fat with a high saturated fatty acid content and no transfats, and refined lard is usually sold as paper-wrapped blocks.

n a not so distant past (about a century ago) and in a not so foreign land (like, in America), lard was the fat that people cooked with. It wasn’t butter. Nor canola oil. And definitely not extra virgin olive oil.

Lard — rendered pig fat — was what people used when they needed to make pastry; when dinner needed frying; and even as a quick breakfast, eaten smeared on a piece of bread. So much has changed in our recent history. Lard is not only out of favor, it’s even considered a derogatory word.